A classic tree of life pattern with a twist. The dramatically scaled print combines stylized exotic motifs with an au courant palette. Also available as a wallcovering.

A tastemaker known for her candor, humor and approachable design advice, Celerie Kemble is a principal in Kemble Interiors, a design firm founded in Palm Beach by her mother, Mimi McMakin. After graduating from Harvard, Kemble succumbed to what she calls a ""compulsion for design"" and the creation of thoughtful interiors that """"put the person in the place."" Kemble established the New York office and has spent the past 15 years cultivating a portfolio of much-publicized residential and commercial interiors. Clarkson Potter published her first monograph, Celerie Kemble: To Your Taste in 2008, to be followed by Black and White: And a Bit In Between in 2011. Kemble has been engaged in marketing campaigns for J. Crew, Benjamin Moore, Johnson & Johnson, and Mattel for Barbie.

Get to know Celerie Kemble 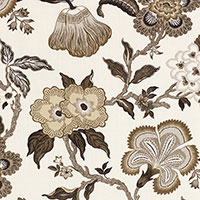 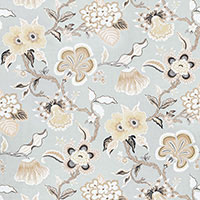 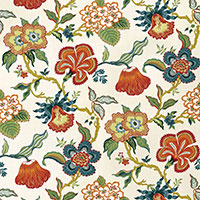 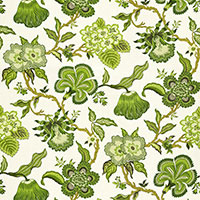